Include:
Carpenter Ants, large ants - 1/8" - 1/2" Color: Black with possible combinations of red and black or completely red or brown.

Color & Biology:
Reddish-brown. Adult bed bugs are about ¼ inch long, oval, and wingless. Their body is very flat, and they possess long, slender legs and antennae. Immature bed bugs are known either as "larvae" or "nymphs."

Threat:
Bed bugs require blood in order to reproduce and complete their life cycle. The effect of bed bug bites varies among people, but they eventually produce red welts that itch. The bites themselves are not painful and typically are not felt.

Threat:
Their presence is a nuisance but they are also known to be capable of carrying many common disease pathogens as well as causing allergic reactions.

Biology:
The house fly has a complete metamorphosis with distinct egg, larva or maggot, pupal and adult stages.

Threat:
Not only are house flies a nuisance, but they can also transport disease causing organisms. 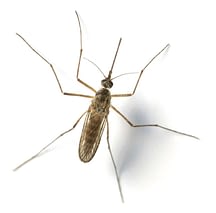 Biology:
Female mosquitoes have a long proboscis that they use to bite animals and humans and feed on their blood (the blood provides proteins that the females need to lay eggs). After they feed, females lay their eggs.

Threat:
Mosquitoes can be very annoying, their bites can produce itchy welts, and the bites of some species are painful to certain individuals.

Threat:
They can damage/destroy property, eat and contaminate food, and carry and transmit diseases. They also carry parasites such as fleas and ticks that carry diseases.

Include:
The Brown Recluse and Black Widow.

Threat: Reaction to their bites can be severe, in sensitive individuals.

Various sizes and shapes, depending on the type of tick and stage of life. They are blood feeders and can transmit diseases such as Lyme disease, Rocky Mountain spotted fever, tularemia, and tick paralysis.

What Our Clients Say

Jerehmy White
18:09 24 Jan 20
I have always received top-notch service from Horizon Pest Control. Brian LaPierre performed my most recent service. He was as professional as he could have possibly been: knowledgeable, friendly, thorough, and extremely courteous throughout the visit. Even enthusiastic! Brian presented me with options and recommendations and explained everything clearly and in detail and he answered all of my questions. I would recommend Horizon and Brian without hesitation. Five stars!
Lorraine Koscielny
15:41 21 Jun 18
Professional, courteous staff. Knowledgeable. They explained the process in detail.
John Della Penta
16:07 24 May 19
Professional, polite, and fast service....